For the italian version of this article, click on the this line!
This article is about egg candling. It was written originarily for turtle eggs, but the principles are easily taken (with the due modifications, for example, embryo development stages) also in the breeding of New Caledonian geckos and other reptiles.
This sheet was originally written by Simone of the website Tartarugando.

Candling eggs is an operation that allows us to verify if the egg is fertile and to see its development during the incubation process.
With turtle eggs, that absolutely must not be moved or turned, exception made for the few hours immediately after the laying and only to be carried to the incubator, we’ll use a small LED light, kept in touch with the egg shell, in a dark room.
In order to make it easier, if you’re lucky and you assisted the laying, you can clean the eggs with warm water.
A clean egg, like the one in the pictures, will be easier to check.

Candling shouldn’t be done too often, especially in the last incubation days, since the light bothers the turtle that could decide to break the egg prematurely.
It would be better to do this operation very quicly, in order not to keep the light on the egg for too long.

In this sheet, I’ll show the development of the egg from the first week to the hatching day, with a picture per week of a Geochelone Centrochelys Sulcata.

I use a simple LED light (with cold light) that perfectly suits the dimensions of the egg.
Remember, the smaller the light, the easier it will be to “read” the egg.

We should start saying that incubation periods change from species to species. The incubation period of a Geochelone Centrochelys Sulcata usually goes from 90 to 120 days. The egg in the pictures took 87 days to hatch.
For this, don’t take the indicated times literally, but take example by the pictures to see if the egg is fertile or not.

Let’s start with the pictures. 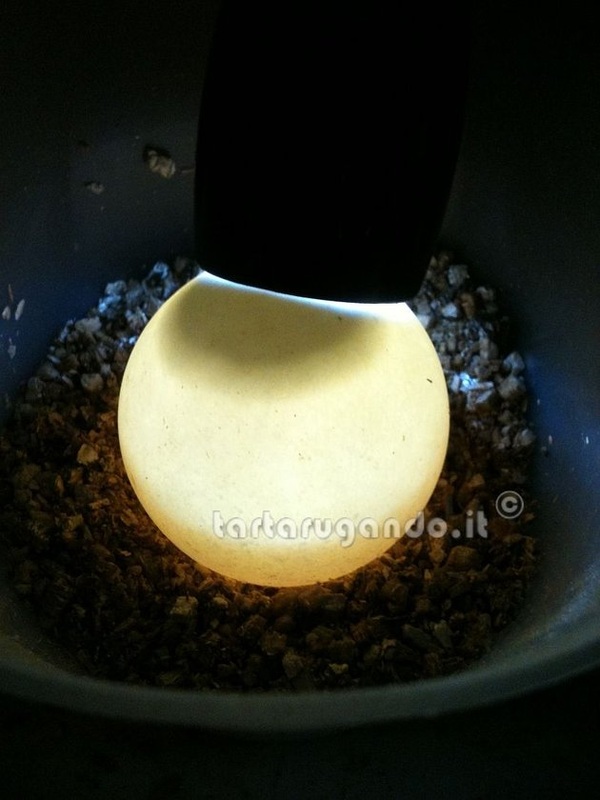 First incubating week, as you can see, a bubble shows up that will shortly descend to the egg yolk. So, if you see this bubble, then the egg is fertile. 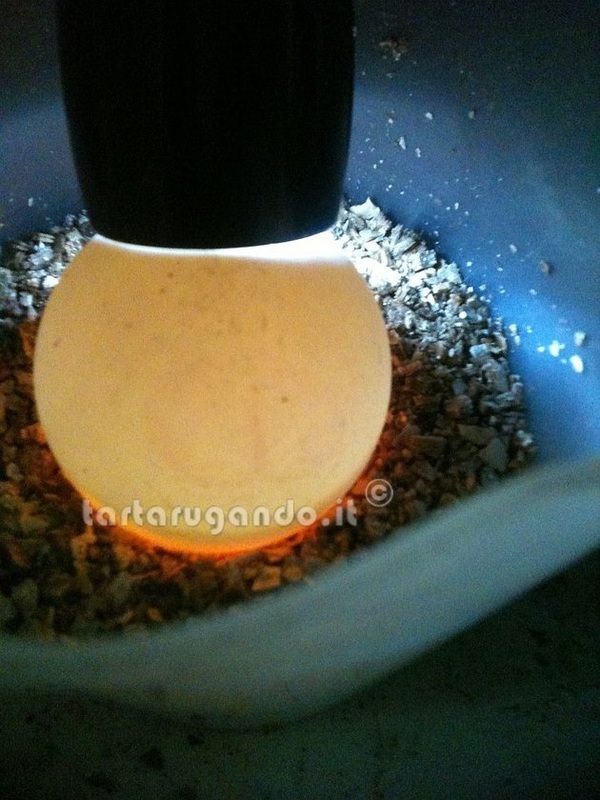 Second week, the embryo starts developing. Check it out at the centre of the egg. 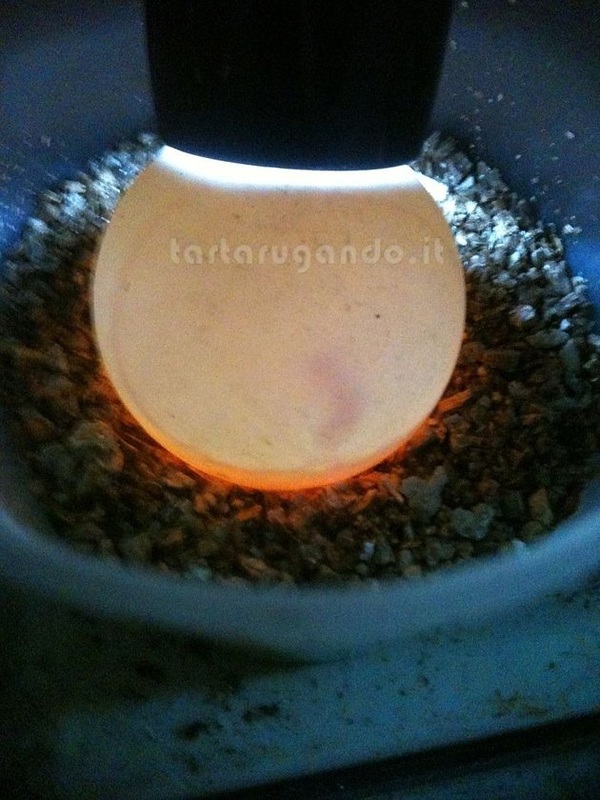 Third week, the embryo goes on with its development. 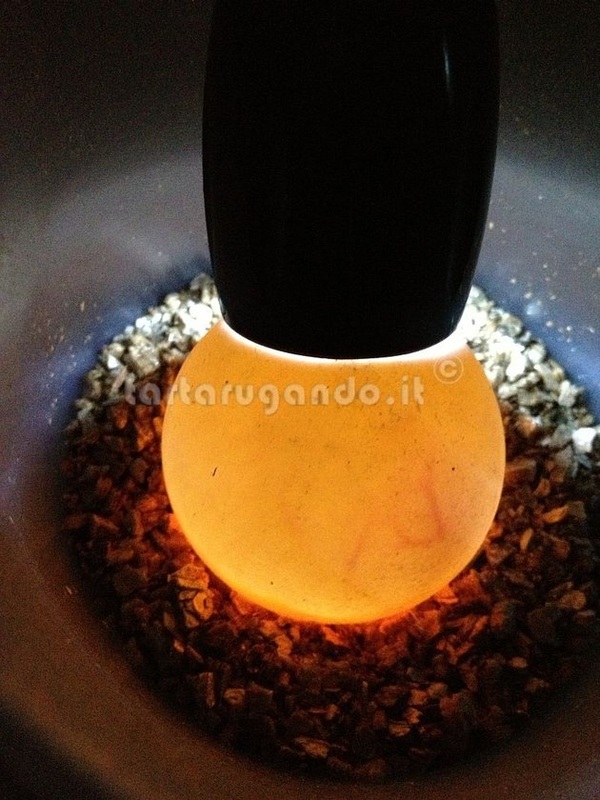 Fourth week, the embryo moved to the centre of the egg, no more visible for now, but the first capillaries shows up. They will slowly fill the egg completely. 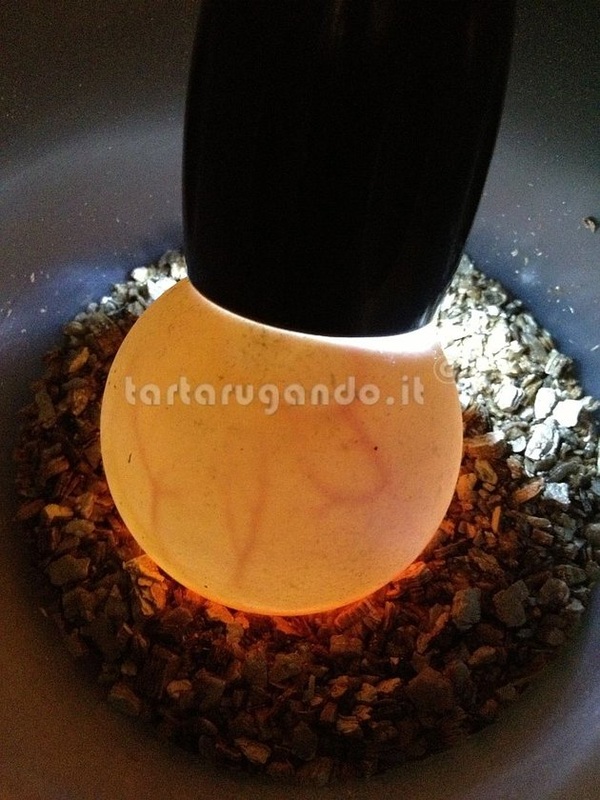 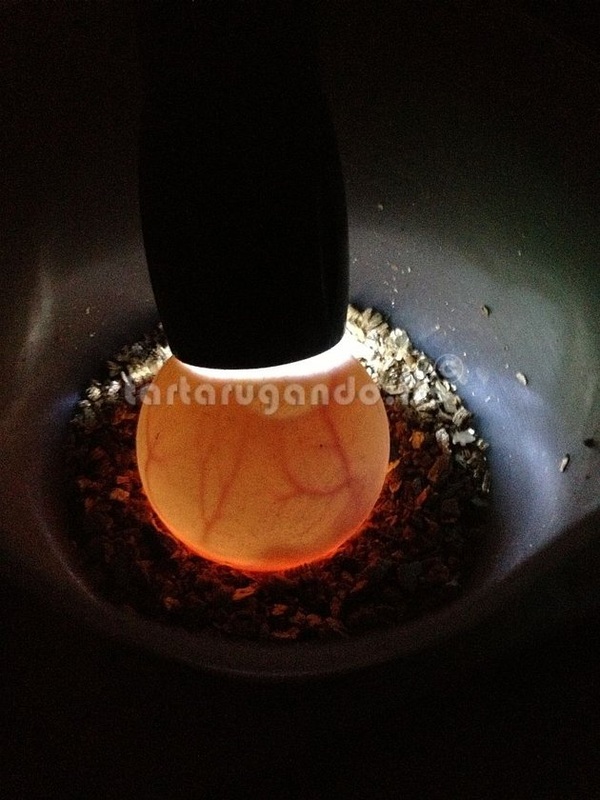 Sixth week, in the lower part of the egg the turtle start developing! 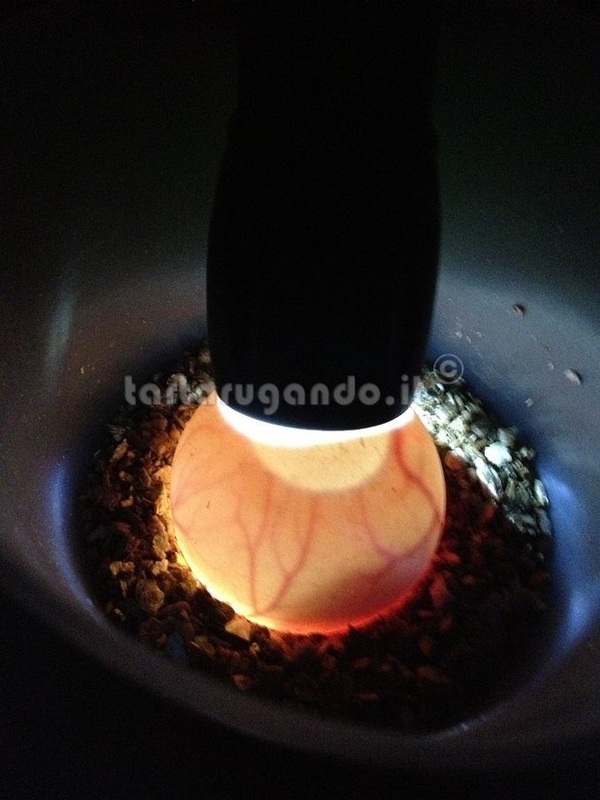 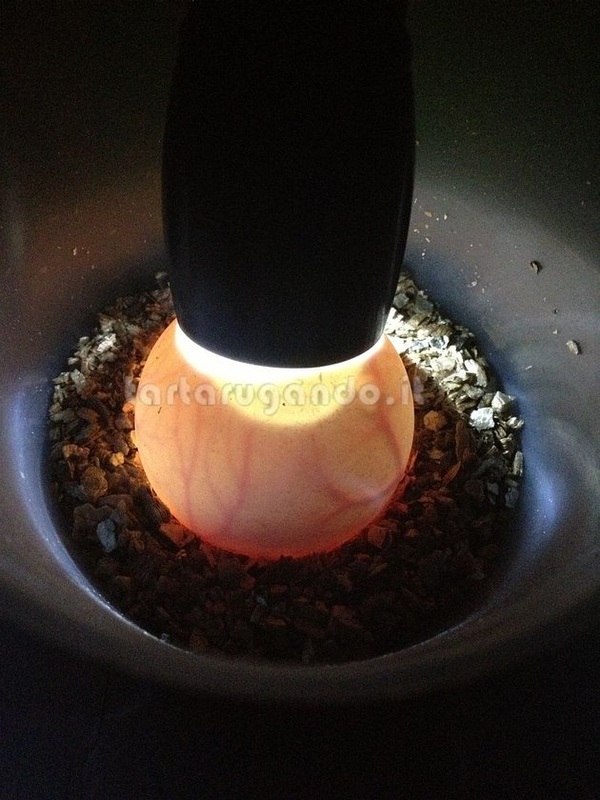 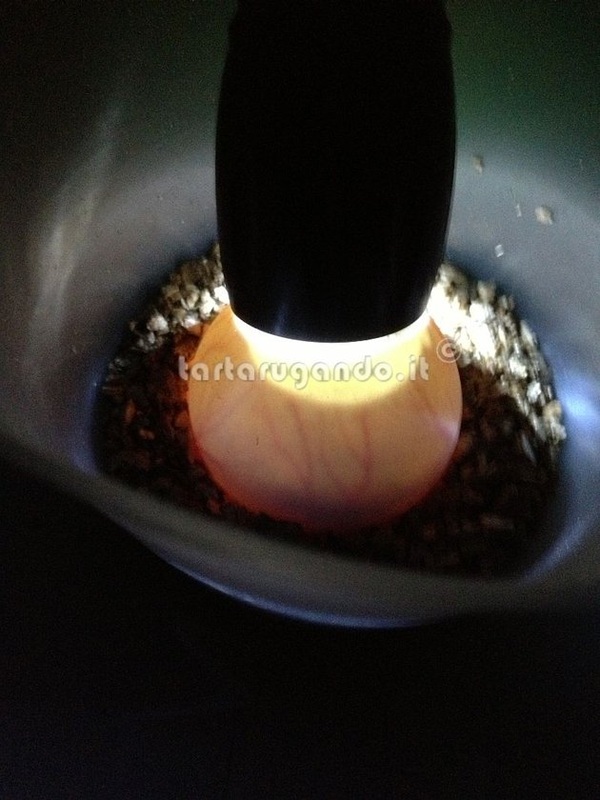 Ninth week, as you can see by the picture, right under the light there’s an air bubble that in the last weeks will grow. This bubble allows the turtle to move when it’ll be the time to get out the egg. 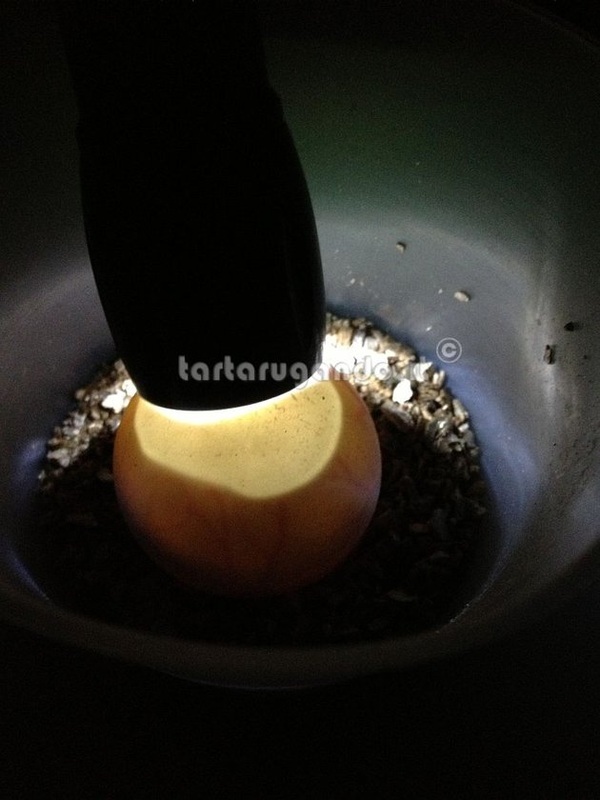 Tenth week, the egg is almost completely black, the turtle inside is well grown, and at this point the candling operations must be done in a couple of seconds. 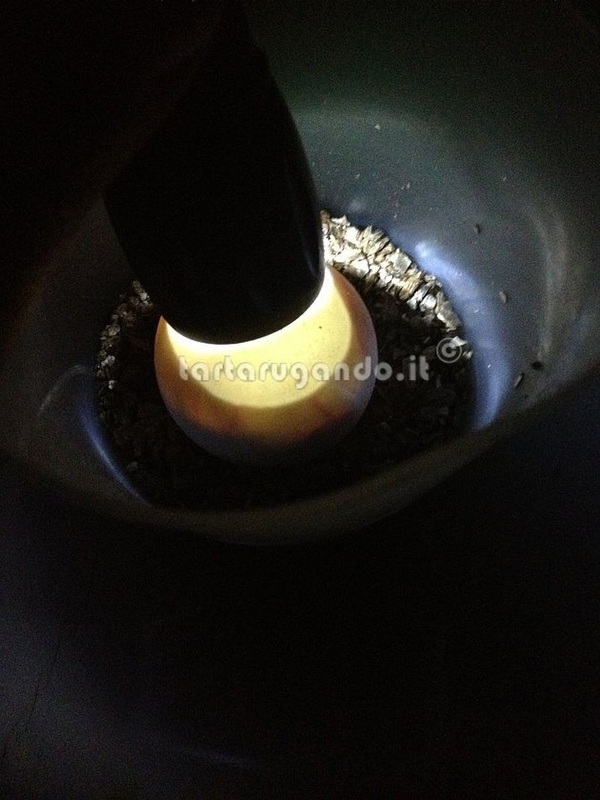 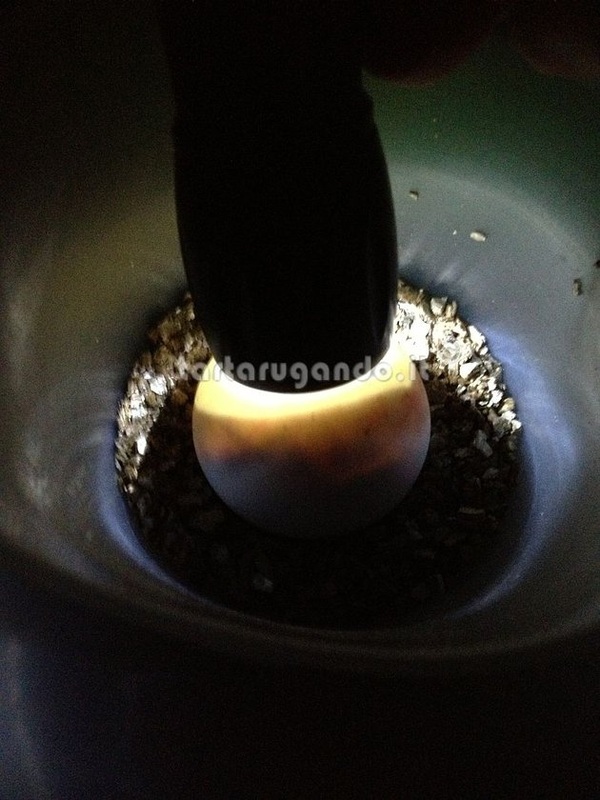 Twelfth week, suddenly in the egg something is happening, the turtle is moving… 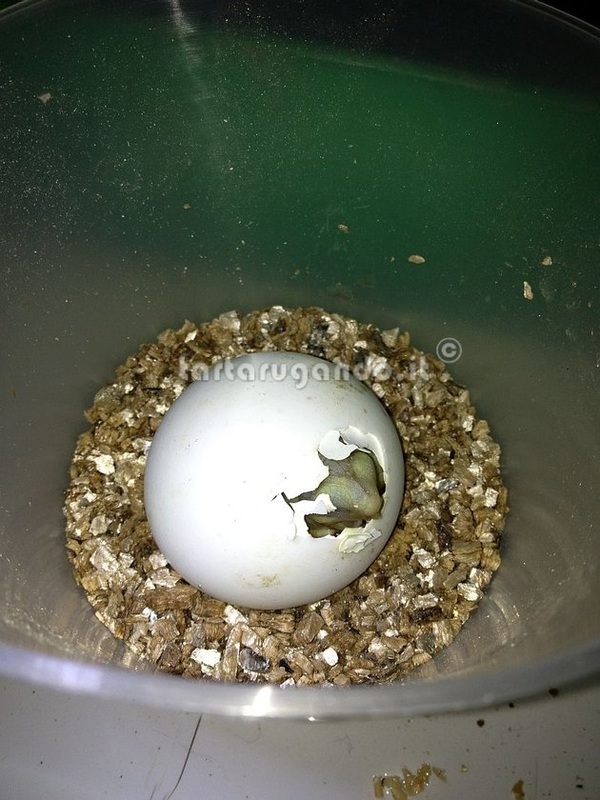 Twelfth week and three days…
What can we say? Nature always amazes us, in a few shots, here is the miracle of life

I hope this sheet can be helpful and you appreciated it.. see you soon!

For more, check out the link down below!